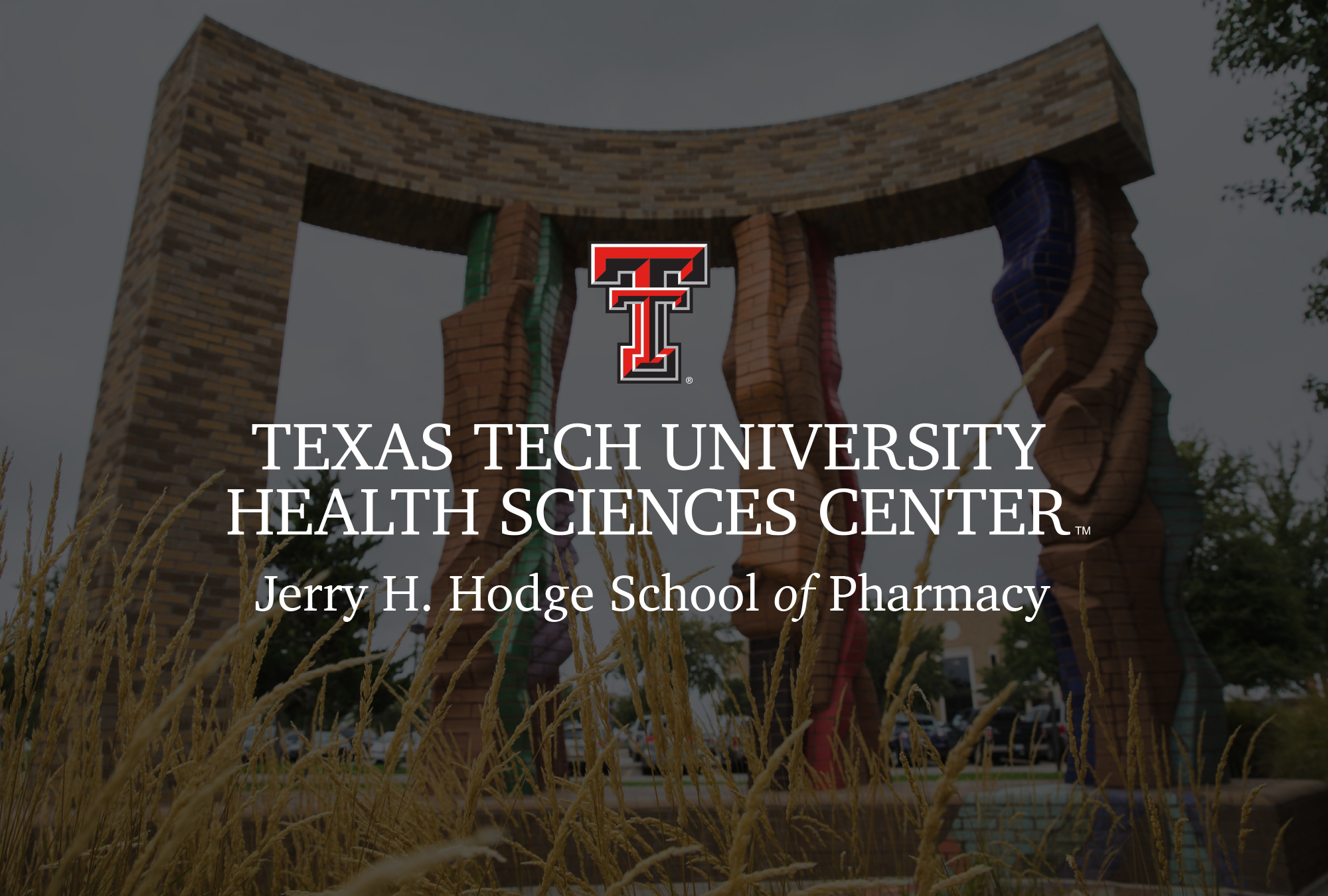 The School of Pharmacy is named after Jerry H. Hodge, a man whose leadership and involvement at the state level was instrumental in helping the university establish the School of Pharmacy in 1993 — becoming the ﬁrst publicly supported pharmacy program in the United States in nearly ﬁve decades.

Since then, the Jerry H. Hodge School of Pharmacy has gained public recognition as one of the nation’s best, most comprehensive programs and strives to expand the pharmacist’s role in health care. As people continue to grasp the impact of our program, use the following logos to help communicate and bolster recognition.

The primary centered-aligned logo is the choice for use on the majority of university communications.

When designing on dark backgrounds, this logo, containing a contrasting white wordmark, should be used.

If a design piece has spatial or hierarchical requirements that call for a left-aligned logo, the following left-aligned logo is available for use. However, please note that all previously mentioned design guidelines still apply at the TTUHSC logo should present as the primary design element in the piece.

When designing on dark backgrounds, this logo, containing a contrasting white wordmark, should be used.